Turned on my PC this morning, and Remote Studio was open from last night (I didn't shut it down properly). Was just about to close it and saw this. 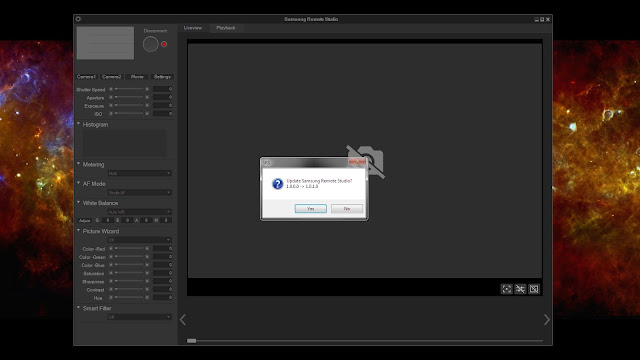 What was that, about nine days since its release? And there I was wondering when the next update would be. To access this update simply run the Remote Studio App and it'll check automatically.


The update takes it from version number 1.0.0.0 to 1.0.1.0. Can't find a change log anywhere, but I do know that the instruction manual PDF is fixed.

The app seems more 'solid' if that makes any sense. Refresh rate of Liveview monitor is improved but RAW support is not present for imported files. I wonder if they could take the JPEG preview for the appropriate RAW and use that? (If you use RAW + JPEG you'll have the JPEG imported, so you can view that instead).

You have an option under 'Save Settings' to choose what device to save the captured images to, including an option for when there is no SD card in your NX1. 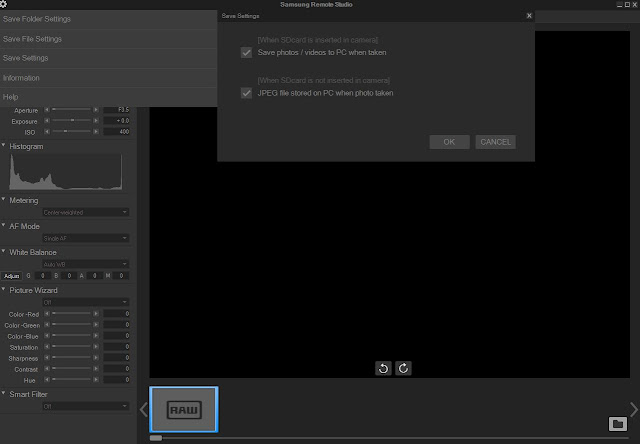 That's all for now, if I have any updates I'll update this update.

According to the PDF for Remote Studio, the minimum requirements to run it are as follows: 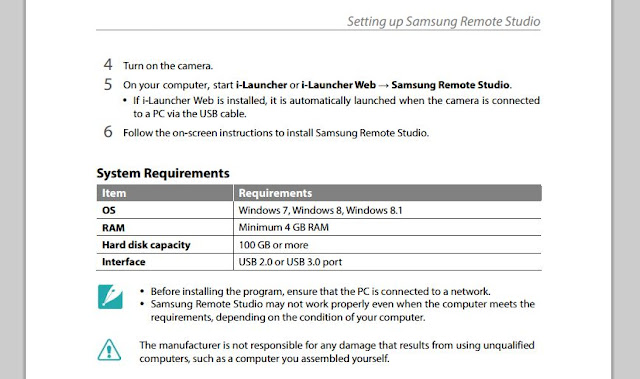 Doesn't show minimum processor, but 4GB of RAM is a must. Well, never one to accept the restrictions of others, I decided to test this.

I'm currently running Windows 7 with an AMD FX8350 and 16GB RAM. Now there isn't going to be any mobile devices with those specs any time soon (although hardware support for the codec Samsung uses in its NX1 - HEVC is on the way).

What about on a lower spec system? I fired up [msconfig] and applied the following settings: 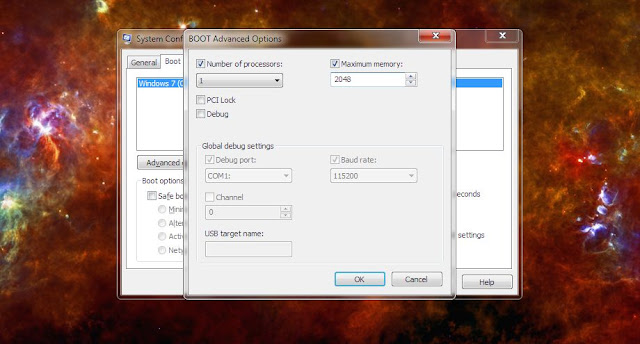 So I've locked Windows to one core (out of eight) and restricted RAM to half of the Remote Studio's requirements. Now not only did I restrict the system to one core, I also throttled the core to 20% of its maximum rating. This takes it from approx 4GHz * 8 down to the 1Ghz mark. A little closer to the spec of your average Windows 8.1/10 notebook/ tablet/ whatever.

Samsung Remote Studio functioned fine. Didn't even use up all of the RAM. This is even more amusing because I have the Windows paging file deactivated (one doesn't need it with 16GB). 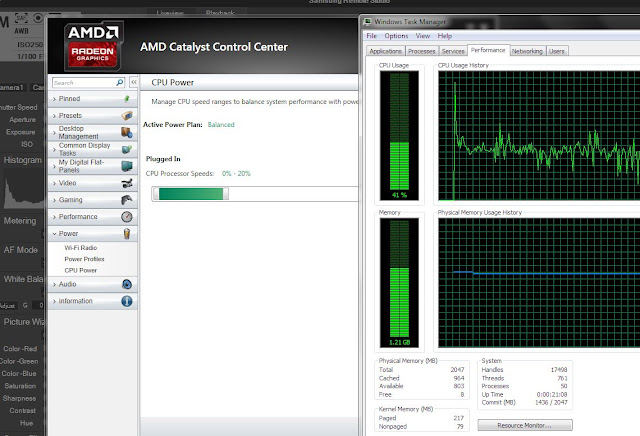 In the interests of crazy scientists around the world. I then set system memory to 1GHz (no paging file). Now things got a little unstable, although to be fair, my entire Win 7 system was being erratic. Couldn't open system windows, couldn't even switch out the desktop to classic mode (to save RAM from Aero), it complained of a lack of paging memory.

Oh yeah! So I managed to turn that on, it allocated another GB of paging (so 1GB RAM + 1GB Paging) and then it seemed to work fine again! I haven't used it under this restriction for an extended period of time so I can't vouch for long term stability but if your system is clean, well run and optimised then I see no reason why Remote Studio won't run on even 1GB of RAM!

Here are some more screenies from the 1GB experiment. (SRS.exe is Samsung Remote Studio). 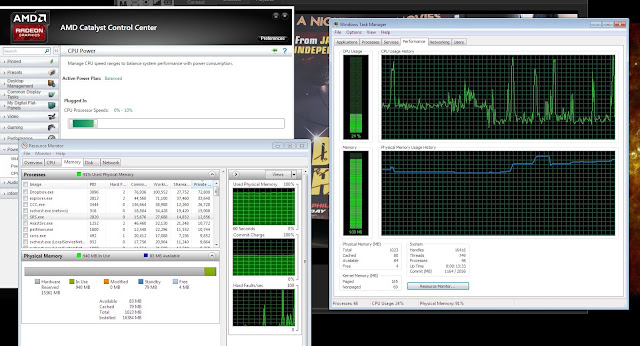 And this is a quick shot I took using the app under these new conditions. 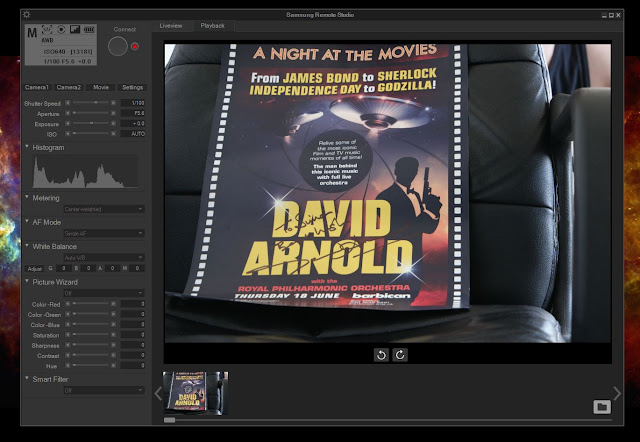 If you want a more detailed look at the Samsung NX1 Remote Studio's features, click HERE.