There seems to be a bit of a 'debate' going around regarding the use of individual frames taken from a video stream as a valid form of photography, or if using certain settings is 'valid'. I'm going to keep this short.

It doesn't matter what anybody says about anything (including me). If you got the shot you wanted who cares? If you're sharing your work, of all of the people who will view it, how many do you think will have 'was this pulled from video, I won't like it if so' going through their head? None, that's how many.

Frame grabbing isn't new of course, but with the advent of affordable 4K video capable cameras, it's become even more useful simply because of the increased resolution. This is the first part of a series where I'll post 4K grabs from video I've shot with the Samsung NX1. None of these were filmed with the express intention of getting screen grabs. With the latest firmware (v1.34 as of writing) you also have the option of grabbing frames from the camera internally, this also writes the EXIF data to the JPEG. These were all shot from v1 to v1.2 so there is none of that here.

These were all shot at 25 or 30fps using a 180 shutter. I have also endeavoured to provide shots in different lighting and of different subjects.

Frame grabs can also be useful for critiquing video quality. To see how the NX1's codec, HEVC (h.265) holds up when the light falls, to observe highlight roll off, colour rendition people like us enjoy looking at when we're procrastinating.

In regards to grading, these images range from no grading at all, to at most a small highlight pull down, small adjustments in saturation. In other words, light and colour only, no changes to sharpness and no cropping.

How the codec captures detail, near and far from the camera is also something worth looking at. When you couple detail with lower light that's when you're really able to stress-test a codec. These lossy compression algorithms are designed around human perception, being as they are, essentially distribution codecs, the last point in the signal chain between capturing your scene on location and the end user watching it on whatever device they have.

I've spent (wasted?) a fair amount of time looking through shots like this, trying to find areas it breaks down so I can avoid those scenarios when using the NX1 in a more important capacity. Same goes with grading, how far can you push a 4K frame grab? This article isn't about that though so let's keep moving.

These were all shot using the NX1's AF system, which actually did perfectly well for these, even using the launch firmware. 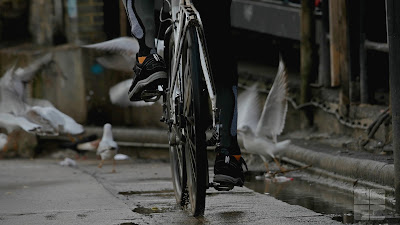 These were grabbed in a rudimentary fashion by playing the original video files using MPC-HC and just pausing where I wanted and using the Alt+I shortcut that renders the frame in the JPEG. I could probably render it to something like TIFF or PNG, to be honest I haven't even checked. I am interested in transcoding to ProRes first, to see if it retains more data.

I pulled the media file stats from a random Samsung NX1 UHD clip, so if you're interested, here they are:

... And each frame could be just as clean (and hopefully more interesting) than the ones you see on this post.

You can be as much of a purist as you like, but tell a parent if this is an option they would like to have when documenting the development of their brand new little human. Or someone witnessing a street protest, or pulling frames from a music video shoot for promotional material. Lots and lots of potential with this. Just another brush to paint with.

Speaking of potential, I'm going to run something up the flag pole. 25 frames per second at 8MP per frame. How about a 'VidCap' mode, say... 10fps capturing larger resolution frames which are rendered into HEVC for your convenience. You can then just grab any frame you like from it. Of course it is easier for me to come up with ideas like this without knowing the innards of the camera, bandwidth, processor capabilities, heat dissipation etc. But it's an idea I'll put out there anyway, between Samsung and Sony, things are getting mighty interesting in this neck of the woods.

I'll just sit here and watch as even more features trickle down to us mortals.

You can download a zip archive of all of these images (in original resolution) using the link below, in case the blog image viewer won't let you view them at full size.